Just when you think you have heard all the kinds of stupid antics kids do in school, something new comes along to prove you wrong.

It was lunchtime in the staff lounge and I had just sat down for lunch when three very agitated teachers entered:

While it's not polite to eavesdrop, I could not ignore the very loud, agitated discussion.

T2: You don't hear girls doing anything like that.
T1: Girls can't do that...can they? I don't see how it would be physically possible.

I'm guessing that school day (year?) is over for these boys and parents have been called to pick them up.

Now before you make assumptions about the social/economic makeup of the pupil population at this school, let me tell you that this is one of the three highest rated schools in the district. Over the years, I've seen kids dropped off at school in Mercedes, Lexus,Tesla, every make of electric car currently on the market and even one Lamborghini.

I would have liked to see what car the boys' parents drove over to pick them up...
at 5:50 PM 1 comment:


Was roving through different classrooms while teachers are meeting for PBL (Project Based Learning) meetings:

Look what happens when I'm more interested in the movie about the California Gold Rush days than the 4th graders are...

The teacher and I thought it was pretty good with all the classroom detail added. 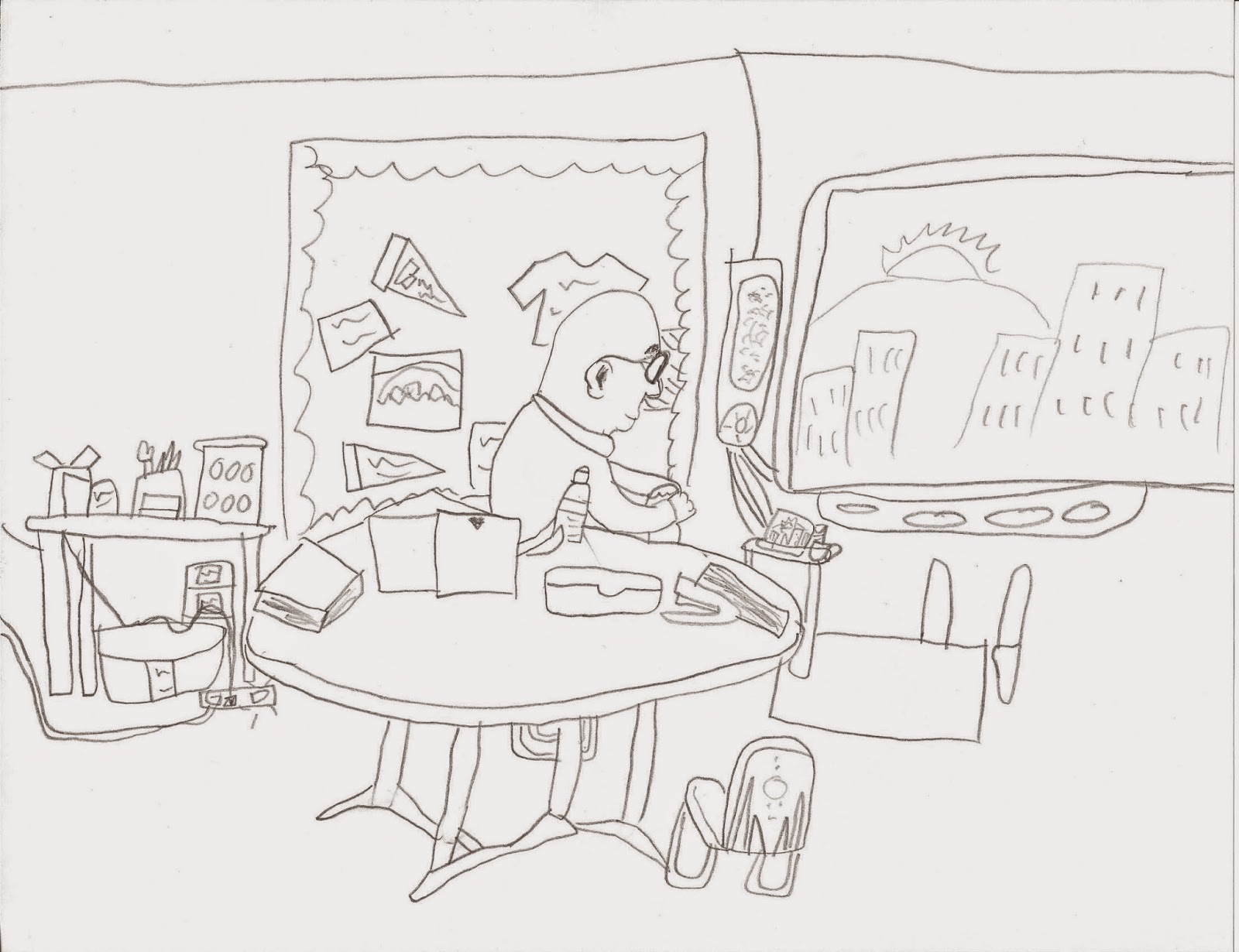