Could I get Fired For Doing This?…

By “this”, I mean writing a blog about the daily experiences and commentary about the characters and events in schools. The question stems from a recent news story about a teacher that did just that:

“…Natalie Munroe, a teacher at Central Bucks East High School in Doylestown, Pa., was fired Tuesday night after a long controversy over the content of her foul-mouthed, tell-all blog”

She’s now suing the school district for violations of her right of free speech:
”It's about freedom of speech. It's about having integrity and not compromising the truth”

I’m not gonna guess how this all turns out but I suspect she won’t be working for that district in the future, but that’s not the point.

What would happen to me if the school district took issue with something I wrote about? Would I get fired? Would I get sued?

While I don’t think my blog is anywhere near as controversial as Natalie’s, the district could take exception and do something about it.

Would I get fired?  The answer is: no! If they formally “fired” me, I could theoretically file for unemployment benefits which increase the employer insurance contribution.

It’s more likely they’d just quietly remove me from the call list and not say a word.

A comment to a previous blog post read: “What are you going to do for the summer?”
Well, I won’t be in summer school as all those vacancies are taken by the regular teachers for the summer.

I realize that my posting frequency declines when I’m not in class and…well…It IS summer. No classroom drama, no interesting students doing surprising things, no school administrators making my life blog worthy.

We already took two weeks off toward the end of the school year (one of the only perks being a substitute teacher) to vacation in Hawaii. That pretty much blew the vacation budget for the year but we will be off to a wedding this summer to a location we’ve never been before.

I won’t say exactly where and when so as not to tip off the burglars at home. But if you recognize the location where we’ll be staying for a few days next month and notice a guy in a Hawaiian shirt and Kauai ball cap looking a little lost and directionless, then come on over and say “Hi”.

Mr&Mrs. Homework could use a few tips on what to see and do while we're there. 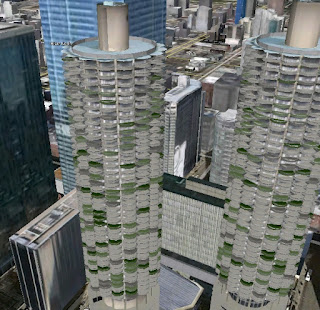 (I'll publish ALL the comments after we get back).
So far we have 1 correct guess:
Erin is correct. Thx for the suggestions!

Sal Kahn pioneered free online education with Khan Academy so it’s no surprise that the idea is spreading to the university level.


Stanford professor Sebastian Thrun is the co-founder of a new low-cost (and sometimes free) online university website called Udacity. He saw the advantages to those who may not able to afford or attend university life.  Check out his story over at Carpe Diem:  Stanford Prof starts free online university course in artificial intelligence (AI).

It’s a long video (approx 30min) but the letters in response to the course are worth the time. If you just want to skip to the student letters, they start about the 08:00min mark.

Email ThisBlogThis!Share to TwitterShare to FacebookShare to Pinterest
Labels: summary

They Were Too Smart For My Own Good…

I subbed a 6th grade class the week before the last day of school. As a class they were really good natured and very smart.

They had a full day of work assignments and even a test on the anatomy of the human body. They had to identify the location and spelling of some of the 206 bones in the human skeleton.

That and the other daily assignments convinced me that there would be little if any idle time for them to get bored and restless.

I didn’t think anything more about the inquirer as he returned to his team at the back of the room until later. I saw that the “team” members were crowded around one of the classroom computers.

While my blog isn’t exactly anonymous, I know of only one teacher who has discovered its existence so far. There may be more but if so, they haven’t told me they read or even know about it.

All that changed in one afternoon. There on the computer screen is a familiar looking "book shelf"  Blogger template

Kids: Hey! Mr. Homework! You’re on the internet! We Googled “night watchman maze" and found this!

What else could I say? -- I lied:
Me: No, that’s not me. It must be someone else…someone with the same name.
Kids: No, no…Isn’t that your picture right there!

Me: Hey, It’s time to go out for some P.E.
Who wants to play some NationBall?

If you don’t know what NationBall is, I’m sure you can Google it and find out. It seems like ALL the answers are on the internet….

Kicked In The Nuts...

2nd grade end of day status report for the teacher:

1) One boy kicked another kid in the nuts. Dad had to come to school and read him the riot act.

2) Another parent contacted the school today to complain that a boy (different one) said "inappropriate" stuff to her daughter yesterday. The boy is a repeat offender and spent the rest of the day in the office talking to the principal and maybe a "behavior counselor" if there is such a thing.


The rest of the class was pretty well behaved.